The Madagascan fireweed moth lavae voraciously consume the leaves specifically of fireweed plants, which is estimated to have taken over more than 850,000 acres of pastureland, mainly on Maui and Hawaii Island.

“The state’s entomologists are world leaders in the science of biological control of invasive species,” said Russell S. Kokubun, chairperson of the Hawaii Board of Agriculture. “The process of selecting and approving use of the Madagascan fireweed moth was extensive, and appropriately so. There are several layers of oversight in the permitting and approval process, and today’s events will help to address a serious threat to island livestock.”

The release areas on Hawaii Island will be monitored to determine the progress of the fireweed moth. Moths will also be released on Maui in a few weeks.

In 1999, HDOA began looking for a biological control for the deadly Madagascar fireweed, also known as Madagascar Ragwort, which has yellow daisy-like flowers. Although there are effective pesticides, they are cost-prohibitive and impractical to use across hundreds and thousands of acres. Besides Hawaii, fireweed has spread through many parts of the world killing animals in Australia, Brazil, Argentina, Colombia, Venezuela, Uruguay, and Japan. The moths released today are the first biocontrol agent to be released against Madagascar fireweed in the world.

Early on, the Hawaii Cattlemen’s Council agreed that biocontrol was the only feasible long-term option for control of fireweed. The Council funded the first exploratory trips by HDOA entomologists to southern Africa and Madagascar to search for an insect or disease that could safely control fireweed.

According to Biological Control Section Chief Darcy Oishi, “the fireweed moth Secusio extensa represents the first step in sustainable control of fireweed; it will not eliminate fireweed but hopefully will slow fireweed’s takeover of rangelands and open spaces on the Big Island and Maui.”

For the past month, Dr. Tim Richards of Kahua Ranch has been raising, alongside the ranch’s usual cattle and sheep, some of the small, fuzzy caterpillars that turn into a non-descript, beige colored moth with spots on its back. “I have never raised an insect before,” Richards said. “But I am more than happy to raise these!”

Dr. Richards is not the only one rearing the fireweed moth. A rearing and release program has been developed in collaboration between ranchers, HDOA, and the University of Hawaii College of Tropical Agriculture and Human Resources. The program’s goal is to release large quantities of caterpillars and moths to help control fireweed.

“We appreciate the dedication and diligence it took to find and research this new biological ally in battling fireweed,” said Dr. Mark Thorne, rangeland specialist with the University of Hawaii. “The University of Hawaii’s Kamuela Cooperative Extension Office and the Mealani Experiment Station is also happy to contribute by providing space and technical support for the rearing and release of the moth.”

It is believed that fireweed came to the islands in hydromulch material imported from Australia. The state approved the release of the moth in 2010, but also required approval of a federal permit, which was finalized by the U.S. Department of Agriculture on Dec. 6, 2012.

HDOA’s exploratory entomologist, Dr. Mohsen Ramadan, traveled to Australia, South Africa and Madagascar in 1999 and returned with 14 insects and one fungus, which were researched and tested under quarantine conditions. Some were found to be ineffective, while others were found to harm other native or beneficial plants. Dr. Ramadan traveled to the region again in 2005, 2007, 2011 and 2012 to look for more potential biocontrols for fireweed and other pests, such as coffee berry borer, small hive beetle and the protea mealybug. HDOA is also testing four other potential natural enemies of fireweed, each which appear to attack different parts of the plant. 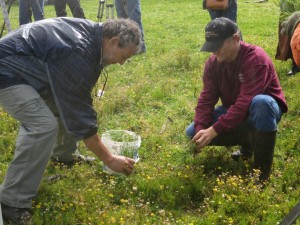 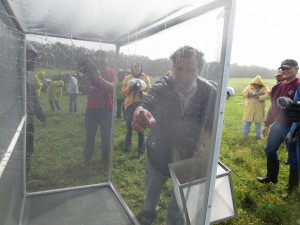 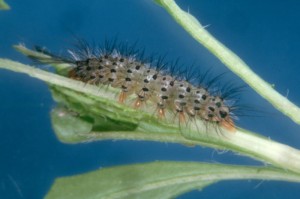 Larvae of the Fireweed Moth 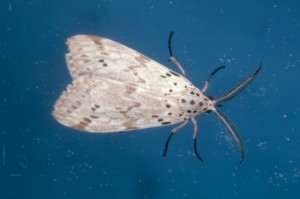 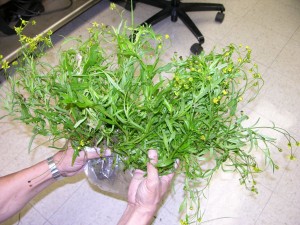